Bruce Momjian is co-founder and core team member of the PostgreSQL Global Development Group, and has worked on PostgreSQL since 1996. He has been employed by EDB since 2006. He has spoken at many international open-source conferences and is the author of PostgreSQL: Introduction and Concepts, published by Addison-Wesley. Prior to his involvement with PostgreSQL, Bruce worked as a consultant, developing custom database applications for some of the world’s largest law firms. As an academic, Bruce holds a Masters in Education, was a high school computer science teacher, and lectures internationally at universities.

Bruce Momjian, VP, Postgres Evangelist at EDB, and Charly Batista, PostgreSQL Tech Lead at Percona joined Dave Stokes, Technical Evangelist at Percona Live 2022. This is the recording of their talk on all things Postgres-related and OpenSource technologies. 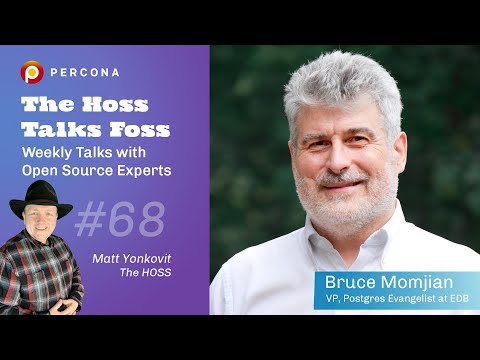 Catching up with Bruce on all things Open Source and PostgreSQL 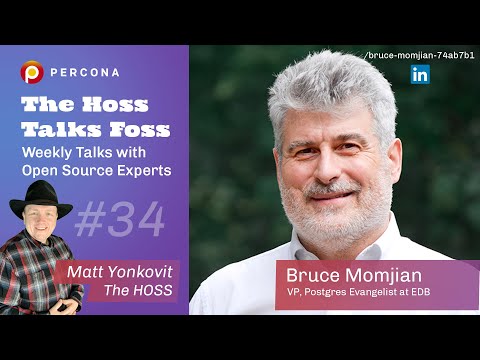 Bruce Momjian, Vice President, Postgres Evangelist at EDB sat down with the HOSS Matt Yonkovit to talk through the current trends in database technology as well as to get details on the release of Postgres 14